This rom is based on Android Open Kang Project by Romanbb with HD2 system files from NexusHD2-ICS-4.0.3-CM9 V1.3 rom by Tytung so all credits and thanks to them in the first place !
As this rom is system based on Tytungs rom please don't expect things will work on this rom if it doesn't work on Tytungs CM9 rom !
Remember this is still Work in Progress...
I have tried to make this rom as small as possible just like my other 2 roms.

-Native usb-tethering is not working (install the included tether app instead)
- Multitouch is a bit 'Jumpy'
- Latest Camera fix is included (credits rapmv78 & tytung) video recording is still sluggish after 30 seconds though..
- Flashplayer is not working, Gallery is a bit unstable, Chrome is not working and videos are laggy.. these are all known issues..we need proper kernel/hardware support to get these things working.. 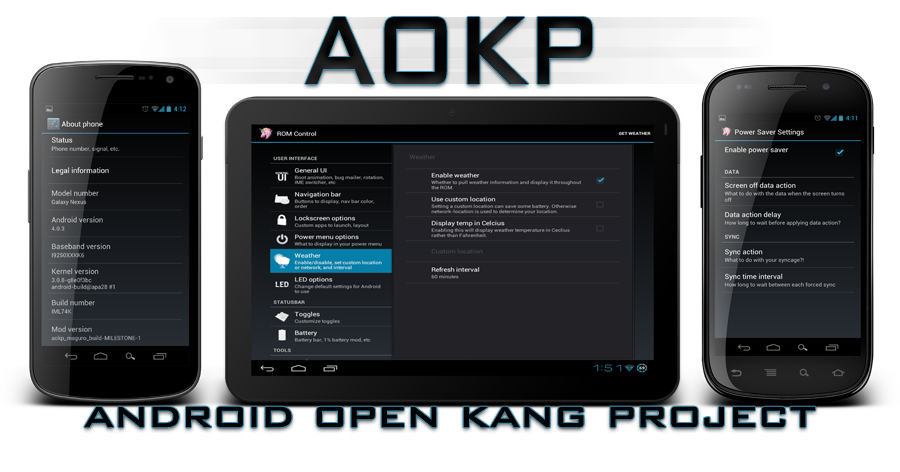 Spoiler: Recommendations before and after installation
- Backup your apps and settings with your favourite backup program and do a clean installation. (wipe everything beforehand in recovery)
- When a backup is restored do a cache & dalvic-cache wipe afterwards in recovery for better performance.
- Never do a 'Factory-reset' (data-wipe/format) in recovery after rom installation.. there are apps on /data to safe system space..
- Let the phone sync and settle for a while when it first boots and do a reboot after setting up things.
- Set a normal wallpaper and disable all kinds of animations in (launcher) settings for better performance.
- Set your favorite speed and governor in 'Performance settings' within ROM Control to gain performance or to safe battery instead.
- If you have Market Issues go to : Settings > ROM Control > General UI > LCD Density and Follow Instructions !!
- be aware of your system partition size and make sure you have enough space when installing all kinds of 3rd party system apps !

- Clean install recommended (as always)
- Updated to the latest aokp build 33 (credits: team aokp) containing :
- Bluetooth: Fixed memory leak and file handles leak
- Nav bar & tablet status bar FCs fixed
- Fixed some init.d scripts not running due to lack of bash
- Changing brightness by sliding on the top of the statusbar (if enabled) shouldn’t FC anymore
- Fixed Data toggle not updating properly
- Torch should be acting normally again
- ROM Control: Fixed scrolling cache not setting properly
- Weather will refresh whenever SystemUI starts instead of when the phone boots (so if it gets restarted, it should fetch weather again, it didn’t before)
- Lockscrens: Added lockscreen wallpapers to pin & pattern unlock screens
- Settings: fixed link mute states always being checked
- Added another ROM Control shortcut that opens ROM Control
- Added ability to translate weather conditions (only German is translated for now I think)
- Added warnings to fast charge (will notify you if it’s enabled on boot)
- Hide navbar feature for tablets
- More music players supported for AVRCP 1.3
- Removed music player from rom (to many problems.. download it of the market)
- Added back google apps with customisations (to many users complaining..)
- Added back Tosti features (clean tosti install is only 95 mb for the lite/sd-ram users..read more @ installation above)
- removed foreign fonts by default (you can install them during install if needed)
- added Link2sd, Google apps, Gallery to installation
- More, More, More.. Will fill it up later if needed..

- Ok guys this is a new version of Android so expect some bugs..
Not many 4.0.4 builds are available yet because of testing and debugging..
Things will get better next AOKP build !

- Updated to AOKP build 27 with the following changes :

- New weather panel in dropdown! (Zaphod the beast)
- Shows more info.
- Next release you'll be able to hide both (so you can still have lockscreen weather, impossible to only have it right now I think)
- New power menu navigation bar controls when hidden (Zaphod the beast)
- Added ability to show navigation bar on devices that don't have it on by default
- Added ability to change navigation bar sizes
- If you don't have music controls enabled AND you have volume wake enabled, your device will now wake when playing music

- Clean install recommended.
- Changed Contacts and Phone app back to HDPI one to solve the 'large call screen' issue.
- The above fix is a Quick Fix to avoid this issue for the time beeing.. so for now DON'T SET YOUR DPI BELOW 182 !
- Moved back old hacked market as default, because people face to many issues with new market apparently..
- Moved latest Gmail back to system to get rid of strange text when deleting mail.
- Changed default dpi to 192 (change it in ROM Control to your liking, but don't set it below 182!)
- Removed v0.8 download link to avoid all kinds of confusion..

- This is just an update for IceCreamTosti v0.7 and not a full rom.. don't wipe anything..
- Added Landscape Softkeys (default now)
- Moved back to the standard hardware key-layout and removed end call from power button, because it's toggleable in Accessibility settings ! (big thanks to K900.. I didn't see that feature before )
- Quick-Torch feature is now working as AOKP intended :
"while your phone screen is off, you can long-press the power button and the torch will automagically turn on. Let go and it will turn off "

- Rom is updatable from v0.4,v0.5 or v0.6, but I recommend a clean install (format all partitions beforehand)
- Updated to the latest AOKP23 (credits : romanbb) with the following changes :
•Added a quick-torch! Enable in RC > Lockscreen first! (credits : Zaphod-Beeble)
While your phone screen is off, you can long-press the power (home on HD2) button and the torch will automagically turn on. Let go and it will turn off
•Added ability to add ROM Control shortcuts to your desktop (Long press desktop > Shortcuts)
•Power Menu should update instantly now with the options of your choosing (sometimes it did not update instantly)
•Updated scrolling-cache code
•Should've fixed clock not updating for realz this time.
•Fixed weather location not being checked properly in RC
- Disabled screen-on when unplugging usb
- Removed 'bootloader' from power-menu
- Added live wallpapers to /data
- reverted to the previous 'camera-fix' ,because the one with the 'working barcode scanner' caused major lag.
- Signed browser.apk, calculator.apk, deskclock.apk & hd2 mic control so they can be moved to /data if desired to safe more system space.
- Because our HD2 'power-button' has 2 functions (end-call&power) I have assigned an additional 'power' button to the hardware 'home' key to make the new 'quick torch' function work.. You can use the softkey 'home' instead or if you don't care about this new feature flash this file (mirror) via recovery to return to the 'normal' key-layout.
- some more small changes I can't remember.. Enjoy !

- Rom is updatable from v0.4 or v0.5, but I still recommend a clean install (format all partitions beforehand)
- updated to the latest AOKP build 22 (check link for changelog)
- Replaced (sluggish) Novalauncher again with the faster and latest Apex launcher (check link for changelog)
- Added the latest camera fix 02/09/2012 by rapmv78 (barcode scanner is working now..though it's sluggish)
- Changed default wallpaper to a static one.. first boot it looks weird... after reboot everything should be fine
- removed phasebeam live wallpaper since it's not default and needed anymore.
- added wallpapers to /data
- added talk back to /system
- USB debugging icon is fixed now, though the new toggle option in rom control to hide the icon doesn't do anything on the HD2 yet so it's still hidden by default.. if you want it to show up again for any reason remove the following line from build.prop :
Code: persist.adb.notify=0
- some more small changes.. enjoy !

Please do a clean install...You can't update from v0.3, because there are changes in the gapps..

- Updated to the latest AOKP Milestone 3 version. (credits Romanbb)
- Messed up text @ emergency button on first boot is fixed.
- Included the latest camera fix (credits rapmv78)
- Included previous email.apk, because there was a 'looping' issue while receiving mail.?
- Optimised and Compressed the framework & apps
- Rom will fit a 110mb system partition..
- removed propmodder.. DPI can now be changed in Rom Control.
- removed Torch app.. you can use the toggle instead.
- added dictionaries to the keyboard (de, en, es, fr, it) download more dictionaries via keyboard settings. (press refresh)
- Launcher2 is still included (thinking of leaving it out next update.. let me know)
- Circle battery mod is now an option in Rom Control
- Reverted to the previous Gapps of v0.2 to get Market 2.3.6 working again.
- Included Hacked Market 2.3.6 to avoid 'device incompatible' warnings.
Small issue with this market is that the 'download progress bar' isn't moving while downloading.. It is downloading though
If any problems show up.. Please go to settings>apps>all>market>clear cache & data and try again !
If this market is still giving problems for people I will return to non hacked market and default dpi next update..

- Moved the following apps to /data so they can be uninstalled via application management when not used (I strongly advice you to do so)
Carkit
Email & Exchange
Gallery (use quickpic instead)
Geniewidget (weather & news)
Gmail
GoogleMusic
Youtube
- Still working on a stable rmnet connection and the right usb debugging icon.. WIP
- Probably more things... Have fun !


For TabletUI set your density to 120 or 128 dpi in Rom Control reboot and use the modified
Nova Launcher and set it's grid to 5x4 small margins for both width and height and persistant search bar on always.
After that change your font size...Go to Settings > Display > Font size > set it to Huge (or Large)


If you want to revert back to default PhoneUI just change you dpi back to desired value in Rom Control
or install the package again and choose restore defaults if you want everything back to stock.. 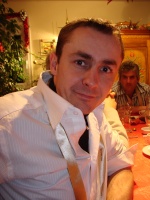 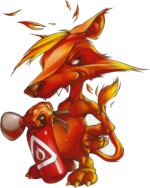