Introduction
This rom gets it roots from the insanity ii rom over in the sgs2 forum, when I had my sgs2 it is what I ran, its a stripped down version of CM9, and by stripped down I mean all the useless crap I don't use is gone. Live wallpapers, email, exchange, sound recorder and more. The rom sits at 103mb at the moment. It will get smaller.

What is this...
This rom is built from CM9 source, that has been molested and all the useless crap has been removed - at least that's how I see it.

Not for the weak hearted
I have removed almost 20 apk's from the system/app as well as other things. They are not in there because I do not use them. I will attach them in a zip file for you to download if you want to add them to your system/app again. But I do not use them, no I will not include them in the regular build.

Disclamer
Everyone knows the risk of flashing. I have tested this rom on my device for 2 days now(flashed it at least 6 times) But as always it is YOUR DEVICE, you make the decision to flash it.

Features
-Built from CM9 source - safe
-light weight
-ro.sf.lcd_density=240
-reloaded ics - tablet mode does not work with this mod. Please look in the 3rd post to enable tablet mode.
-blacked out settings background and all pop-ups
-"H" data icon changed to "4G"
-kick ass boot animation
-probably more, but being a first release I didn't do to much

Working
-its built from CM9 source, so what works in CM9 works here.

Build 21
-This was built by zX TheRipper Xz - THANK HIM HERE
-This is officially the final ICS Build.
-Just brings changes up to CM Stable.

Build 17
-Repo Sync - 7/9/2012 - 1700hrs
-From this point forward most builds will only be a repo sync, which bring in all the most recent changes
at that given time.
-This build adds the option to change the soft keys time out, in device settings.

Build 15
-Repo Sync -6/30/2012 - 1400hrs
-Added Lock screen Skulls, compatiable with ALL versions of Asylum, past, present and future(second post)
-Add JB window animations
-Fixed a FC at Settings/Apps for some.

Build 08
Repo sync 5:30pm today
Fixes weather refresh, adds calendar to lock screen
Replaced the CM weather images with AOKP ones.
Fixed status bar not showing up when doing a clean install
Goo.im web hosting now, Woot!
added the ability hopefully to update through the goo.im app,
i'm still not showing up, but it says to wait a bit. We will see.

Build 07
Repo Sync 9:00am this morning.
New CM features(lockscreen)
Added my Avatar in an easter egg. Find it, let me know

Screen freeze unlock is still present, Its the touchScreen service not starting. Directly related to Wifi being on. If wifi is off, no freeze.

Build 06
This IS a new build - repo sync as of 3pm today.
Reloaded is gone, I'm porting it, but its a slow process. He did ALOT with that systemui
Disabled the cursor when using the stylus
Disabled the stupid dimming of the status bar icons(credit to MrDSL) for pointing this out. Looks WAY better.
Fixed the "Location set by GPS" icon.
Updated Apex to 1.2.1
Same smoothness and stability as always

I think that's all - like I said, not alot of time on this build

Build 05
This is NOT a new build, this is build 03 from May 17th, in which reloaded ICS settings works like a champ.
Updated Apex Launcher to most recent version 1.2.0
Removed UMS.apk(mass storage crap)
Speaker phone fixed(thanks to xplodwild for this!)
Removed APKs from build 3 work fine. Since they are the same.
Tablet mode from build 3 as well.
Kernel is built as of 5/23 - 2:28pm.

Build 04
Removed Reloaded ICS, its based off an old SystemUI, new changes are causing a FC, I've PM'd the creator about this. Sorry for now.
AsylumICSWallpapers.apk can be downloaded for kick ass wallpapers - APK is located in media fire folder, download and install as normal.
Repo Sync as of 11:15am this morning. Most recent changes are included.
Apex 1.2.0 - Most recent. Its ALOT smoother than previous builds. Wallpaper scales correctly.
Removed mass storage.apk - was a pain in the ass.
Few other changes, but I'm sleepy and I need a nap lol, Chasmodo knows why

-make sure you have the ability mount /system R/W and be able to paste into /system as well.
-be on a proper working recovery, (DAFUQ, CM9 or a GB recovery ONLY)
-DO NOT FLASH FROM I9220 LEAK REPACK ROMS
-DO NOT FLASH FROM LPY BASED ICS ROMS
-download rom/gapps to int/ext sd card
-nandroid
-wipe data/cache
-flash asylum_ics_xx
-flash gapps
-reboot 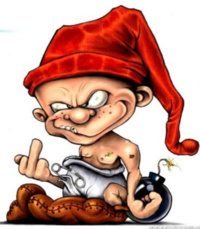 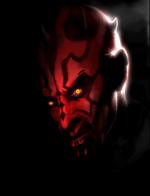